There are certain things that affect us all regardless of our age, gender, class, or achievement; things like illness, low self-esteem, heartbreak, and betrayal. All of these things transcend our individualities and instead, target society as a whole. Impostor syndrome is one of these things.

Let me tell you about impostor syndrome.
I first learned of it via an article on the New York Times website in October. In it, financial planner, Carl Richards, speaks of its widespread nature and how at its ugliest, it can become a crippling limitation for even the most successful of people. He describes it as: “The moment when you’re most vulnerable and all your doubts come crashing in around you.”
Explained further, impostor syndrome is that ever-present fear that you’re not good enough and that at some point, somebody is going to figure it out and expose you.

Impostor syndrome is not considered a mental illness because it tends to be situationally derived rather than mentally ingrained. Working in a creative field, for instance, can become a breeding ground for insecurities since success in these areas can oftentimes be subjective and people in these fields tend to attribute their achievements to luck rather than merit. The syndrome relies heavily on the inability to internalize our accomplishments.
When I think of impostor syndrome, I think about my past experiences with job interviewing. I am awful in an interview, a fact that has a lot to do with my inability to make a hard-sell, especially when it comes to myself. I have a resume that’s okay on paper, but if you ask me to tell you what it is that makes me standout next to my over-exuberant peers, I can’t muster more than a, “Well, I’ll try really, really hard.” At 24, my confidence in my achievements is lacking, which is not unusual for someone in their 20s. Neither is the fact that my progress in life seems snail-paced at best and I am forever questioning where I’m going and what value – if any at all – I bring to my field. Surely if I had any real merit, I would know it by now, right? That, right there, is impostor syndrome.
In his article, Richards quotes American author and poet Maya Angelou:
“I have written 11 books, but each time I think, ‘Uh oh, they’re going to find out now. I’ve run a game on everybody, and they’re going to find me out.’”
Angelou is one of many notable women in history who have felt fraudulent in their success. In fact, many female creatives and academics who have seen great success in their careers have admitted experiencing similar feelings of self-doubt (Sheryl Sandberg, Tina Fey, Michelle Pfeifer, Kate Winslett and Oprah Winfrey – just to name a few).

In this article, posted on Psychology Today, co-authors Satoshi Kanazawa and Kaja Perina give a little context to the syndrome and how, historically, it has proven to be more of an issue for women than men.
The term “impostor syndrome” was coined by Pauline Clance and Suzanne Imes in their 1978 study of 150 highly successful professional women in various fields. Clane and Imes found that despite notoriety, accolades, and indisputable success in their fields, these women all lacked confidence in their abilities compared to their male counterparts.
There are multiple theories as to why this might be; one reason is anatomy. Lotti O’Conner writes for The Guardian:
“Men have more grey matter (the analytical part of the brain) whereas women have more white matter (the part that connects many streams of information). This means that women tend to be more inward looking, and men more initiative focused.”
Other theories call to question the makings of our modern workforce, which is still greatly male-centric. Oftentimes, a woman’s success in the workforce depends on her being able to attain the same level of achievement as her male counterparts. 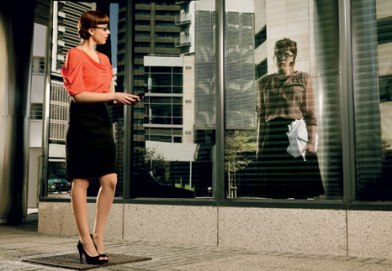 It may also be a matter of nature. Studies show that women are more likely to strive for perfection, be harder on themselves, and show more distrust in their own abilities. This results in low self-confidence which can snowball very quickly into feelings of fraud.
The main thing to keep in mind is that you are far from alone in feeling this way. Here are a few things you can do to combat your impostor syndrome:
Self-doubt is simply a byproduct of any sort of success, and it means that you are somewhat self-aware, which is a very good thing. Try to ride out the wave of impostor syndrome and accept it as part of your creative process. There’s nothing wrong with being humble, as long as you remember: just because you feel like an impostor, that doesn’t mean you are one.

Zakiya has her degree in journalism from Ryerson University and currently works as a freelance content writer based in Toronto. Zak is a dedicated journal-er and enjoys writing and reading fiction, particularly science fiction, in her free time. Mental illness is something that has touched her life and the lives of her loved ones, so she is supportive of anything that brings attention to and provides new perspectives about mental health.

One thought on “Let me tell you about impostor syndrome”