Whenever someone asks me what my ‘pet peeve’ is, I am always stumped. Little things annoy me just like they annoy everyone else, like long lines, slow walkers, and delays on public transit. I wouldn’t exactly call any of those a ‘pet peeve’. More like ‘universal peeves’.

But I was reminded the other day by a tweet from Hank Green (“Never let what you hate define you”) of something that started bothering me intensely about 4 years ago.

I can’t stand when all people can talk about is the stuff they don’t like. Complaining is the way they make conversation and they love debating with you just for the sake of it.

When you get really close with someone, inevitably this is going to happen; you complain to your loved ones and they help you work through your problems, and you do the same for them. But when I’m still getting to know someone, I don’t CARE what you don’t like. We can talk about that later. For now, tell me about what you DO like.

I love finding out about new things from people, sharing in their interests with them and sometimes seeing things in a new way as a result. And we’re probably all familiar with the great feeling that comes when we introduce someone else to something we love and they dig it.

This may seem like a simple thing or a trite reiteration of the phrase ‘don’t say anything nice if you can’t say anything at all’ but it is more than that. It’s a way of life. It’s a commitment to focus on the positive.

That does not mean never seeing or talking about the negative. I truly believe that is important, and I still manage to do it often. But don’t lead with that. Don’t let that come first.

How do you want people to remember you? In my case, instead of “the girl who really

hates bullies and fake people and intolerance and basically everyone because the world is cruel and mean” I became “the girl who is a huge advocate for mental health and talking about feelings” and “the girl who really loves Taylor Swift”. It’s a step in the right direction, at least. The latter may make me seem childish (only to people who don’t know how great T-Swift really is), but it still sounds more fun than the former. Life is not about being fun all the time, of course. It’s important to be known for what you are passionate about. But try phrasing it in a different way.

In addition to seeming more interesting and thinking positively, it’s about viewing life in a proactive, forward-thinking way. Instead of aimlessly complaining about problems, if you really care about something, this way of thinking encourages you to figure out what you can DO about it.

And when you start talking about all the things YOU love, you become more receptive to hearing about the things other people love too. I personally just love seeing someone become really excited and animated about something, even if it’s not my cup of tea. When I’m dating someone this is one of the most attractive qualities to me. I dated a guy once who wouldn’t stop talking about hockey. I didn’t care. I was learning things and he was sharing something he really liked with me. That’s awesome. I had a thing with a guy once who was super into cheetahs. That was a much (much) shorter conversation, but I didn’t care about that either. I thought it was hilarious and endearing. As long as the other person takes an interest in me and the things I like too, I’m good.

Which doesn’t always happen, and that’s how this started to bother me so intensely. I started dating someone right after high school who was really cool and sweet and liked me a lot, but he criticized EVERYTHING I liked. He brought me into his world and wanted me to share his interests but wouldn’t do the same for me. I quickly stopped trying because I just didn’t want to be picked apart. It was no fun. So I would just watch my shows and listen to my music and go shopping when he wasn’t around. Eventually I started to value my alone time more than my time with him for those reasons – over time, these small things added up and I started to not even feel like myself around him. In addition, when he wasn’t talking about his own interests or how much mine sucked, he was talking about other things that he didn’t like, ranging from the trivial to the serious. Like I said, this is all fine in moderation. But there was no balance. I felt like it was all negativity, all the time in our world.

One day I was visiting some old friends in my hometown and someone started up with something like, “Oh my god, did you hear the new Katy Perry song?! Isn’t it awful?!” I felt this anger rising up inside of me and I didn’t understand why because it really wasn’t a big deal. But all I could think was, “Why are you wasting time talking about this song you don’t like? Who cares? Life is too short! Talk about a song you do like!” I later realized that the reason that moment irritated me so much was because it reminded me of my boyfriend and the types of conversations that went on constantly in our home.

But on the other hand, I’ve also dated people with similar interests to mine. Even better, I’ve been with people who didn’t have all the same interests as me but were just as interested in learning from me as I was in learning from them. Cheetah Guy did this thing where every time I mentioned something I liked he would look it up to learn more about it. If I mentioned a band I liked he’d listen to a couple songs, if I was reading a book he would Wikipedia it, if I was watching a TV show he’d give it a try too. It was just such a good feeling and really made me feel like I was valued as a whole person. He didn’t always agree with my opinions or like things as much as I did, but that wasn’t the point. The point was that he cared about me enough to want to be able to talk with me about my interests. 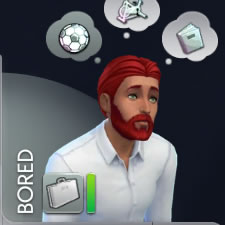 interested in – Taylor Swift, a relationship I care about that they don’t approve of, something that happened at work – but if they listened a little more closely, they wouldn’t hear someone who is looking for someone to agree with every single thing she says. They would hear someone who is happy (or sad, in some cases) about something or someone, who just wants someone to listen and be open-minded and genuinely interested, maybe not in the topic itself, but in me. They would see that you don’t have to always approve of each other’s choices to be supportive, and you don’t have to have the same interests to be good friends, have fun together and learn from one another.

Chelsea Ricchio is the founder and Editor-in-Chief of the SPEAK OUT blog. She is also the Communications Manager for Healthy Minds Canada. She graduated from the University of Toronto in 2015 with a BA in English Literature and Book & Media Studies. She was the former president of the student group Active Minds at UofT, which hosts SPEAK OUT events on campus (from which this blog takes its name). She was diagnosed with Dysthymia and Social Anxiety. She is 23 and lives in Toronto with her cat Genie.