Taylor Swift and I both broke up with our boyfriends recently.

You may be thinking, “Wait, you had a boyfriend?”

And I don’t blame you, because the relationship was so short that I didn’t have time to tell a whole lot of people about it.

I keep trying to write about my feelings on the situation so I can heal but for some reason the words just aren’t coming out. I think this is because there is one version of this story that I am comfortable talking about, the one in which I believe whatever I need to in order to feel okay about things – the one in which I believe whatever he says – but there is another version that I could barely even think about until now.

On International Women’s Day last Tuesday, we highlighted the accomplishments of countless women throughout history and called attention to the desperate need for continued progress towards gender equality. There are so many issues that women face on a daily basis solely because of their gender. One that I have personally faced time and time again is the constant control of society over a women’s sexuality and the ways in which it affects all other aspects of a woman’s life.

The persistent sexualization of my femininity was especially apparent during my time working as a gas station cashier since I was sixteen years old.

“Smile,” exclusively men would say to me and my female coworkers. This was often followed by a comment like, “You look prettier when you do.” To them, my emotions had no value in the face of my aesthetic appeal. Some people have suggested that perhaps these customers were just trying to be cheerful. But the fact of the matter is that if a woman is not smiling for whatever reason, it unsettles some men so much that they have to tell them to alter their behaviour. Why? END_OF_DOCUMENT_TOKEN_TO_BE_REPLACED

Growing up as a Phillipino boy in my hometown of Scarborough, I was exposed to a lot of homophobic slurs despite identifying as a heterosexual cisgender male. On top of that, for a brief period of time, I went through a phase of wanting to be “white”, which I later learned was a body issue as much as it was a racial issue. It was a struggle of being not masculine or Caucasian enough.

My struggles weren’t nearly of the same magnitude as the queer, transgender, non-binary 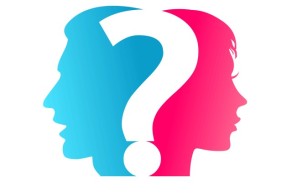 folk of my hometown, but they still played a large role in my realization of the kind of culture I grew up in. In much of the late 90s and early 2000s, Scarborough was — and in some ways still is — dominated by an incredibly conservative masculine ideology. Boys grew up believing that the key to success was aggression, a lack of emotions, and worst of all, being incredibly rude to women.

Despite growing up and realizing how problematic this culture was, I still notice remnants of these values coming out in my conversations from time to time, although thankfully very rarely.

END_OF_DOCUMENT_TOKEN_TO_BE_REPLACED

Without a doubt, Daryush Valizadeh has recently become one of the world’s most infamous men.

for organizing private meet ups for his (male only) supporters in 43 different countries on  Saturday, February 6th of this year. Of these 165 meetings, 10 of them were to take place right here in our country, from Vancouver to Montreal. Within hours of the announcement, a frenzy of backlash ensued, with ordinary twitter users, city mayors, and governors sending out their anger toward the group.

But what was the deal with the meet ups?

One of the big ticket items on Roosh V’s agenda was to discuss the possibility of making rape on private property legal. As to rape in public places, Roosh V says it should continue to be illegal in order to prevent “seedy and deranged men” from picking open places to commit criminal acts. In a blog post entitled “How to Stop Rape,” he goes on to list a host of other ridiculous claims like “we never teach women to be responsible for their actions,” and “we always blame men for rape.” The list goes on, but the message is clear: someone has to be held accountable, and it shouldn’t be the men. Roosh V has since edited the post after his meets ups were cancelled, adding a disclaimer stating the “satirical nature” of his views.

One Google search of Roosh V’s name will lead you to a number of his misogynist views, as posted on his personal website and another website that he runs called Return of Kings. The self-proclaimed “pick up artist” seems to have a lot going for him by way of being extremely misogynistic and homophobic. Posts like “The Secret to Getting Laid” and “Women Must Have Their Behaviours and Decisions Controlled by Men” are flat out disgusting to me. Posts that his columnists write on Return of Kings like “5 Reasons to Date a Girl with an Eating Disorder” make me question where society is going.

Researching this whole ordeal brought me back into a poor state of mind. I once dated a guy and made sure that I was clear on my expectations before things got serious between us. I was waiting to get married before I had sex, and though he pestered and teased me about it, I stood my ground and eventually, the discussion ceased to exist.

But it wasn’t until we were at a party and he became completely intoxicated that the subject came up again. Being the “prude” he called me, I stayed away from the heavy drinkers and basically spent the night on the fringe of the party. I talked to some people that I didn’t know and was careful to have my drink with me at all times. My ex came to me and told me that he was ready to have sex. Of course, reasoning with a drunk guy is basically like talking to a wall. He kept pushing me to give in, and when I said no multiple times, he began to push me around and shove me to the ground. I was kicked and bruised, and thankfully there were people sober enough to stop him from forcing himself onto me.

I was sober. I said no, loud and clear. But he still forced and became incredibly physical because ‘no’ was not the answer he wanted to hear.

So here’s my hot (but reasonable) take on the whole legalization of rape thing.

I have always been incredibly aware of what I wear and as a result, how much skin I reveal. I realize that what I wear can attract unwanted attention. I might drink. I might get drunk. But if I say no to your pick up lines and sexual invitations, I mean no. Isn’t it great? You don’t really need to think about it. No means no, plain and simple.

But I can also see why men (and especially men like Roosh V) think that the onus should be on women. Seeing women dressed in certain clothes, according to them, is “asking for it.” Sure, this girl said no, but if I keep asking her and give her more drinks, she’ll probably say yes. She should be more responsible for what she wears, and how much she drinks.

I thought this was the 21st Century. Last time I checked, women are actually in the workplace working alongside men in previously male-driven fields. Women have the right to run for office, vote, drink, and wear whatever the hell they want. But sadly, going about the argument this way will usually end up in a screaming match.

I feel that there is more to this issue than just picking sides, and we can’t keep polarizing the blame. We do need to teach boys from a young age about how to respect girls. We need to explain to them that when someone says no, they mean no. We need to show them that love isn’t just a physical thing that is driven by sex: it also takes trust, emotional support, and true love beyond the physical.

At the same time, we do need to teach girls from a young age to respect their bodies. We need to show them that regardless of shape, skin colour, or the clothes on their back, that they are beautiful. We need to teach them about the warning signs of potentially dangerous relationships and how to get out of them. We need to tell them that their self worth is more than just their external beauty or sexual ability. At the same time, it is paramount that we teach them the reciprocity of being respectful towards boys.

But by trying to legalize rape on private property, this clearly won’t prevent anything. In fact, it’ll make it easier for those trying to take advantage of other people without any consequences. Rape is still rape, regardless of where it happens. Unfo

rtunately in Canada, our criminal code has no “rape” provisions. Consent is a major factor in trying someone for sexual assault, but it all gets dicey when there are drugs and alcohol involved.

Rape is not, and never will be, okay. Forcing someone into having sex is not okay. And if you’re ever confused about what “no” means, try this video. It explains the simplicity of the word “no” in a very profound way.

I’m still going to be conscious of what I wear because that is just who I am. At the same time, I want to trust that there are boys and men out there who will respect me for who I am on the inside rather than what I look like – or what I’m wearing – on the outside.

Rachel Wong is a Communications and International Studies student at Simon Fraser University. Aside from Speak Out, Rachel is also a regular contributor for the Student Life Network and SFU’s student newspaper The Peak. She loves going on foodie adventures, kicking back with friends and telling other people’s stories – all while writing her own. Her dream is to read off a teleprompter for a living one day. Rachel hopes to help change the way society looks at mental illness, one word at a time. You can find more of Rachel’s work at http://rchlcwng.blogspot.com. Well, now I’m ‘that girl’, and I’m learning that it’s not at all as simple as that. I do care about his
girlfriend’s feelings. I don’t know her, but I know that no one deserves heartbreak, especially when you’ve devoted so much of your life to the person you’re with. And I’m not stupid either. END_OF_DOCUMENT_TOKEN_TO_BE_REPLACED